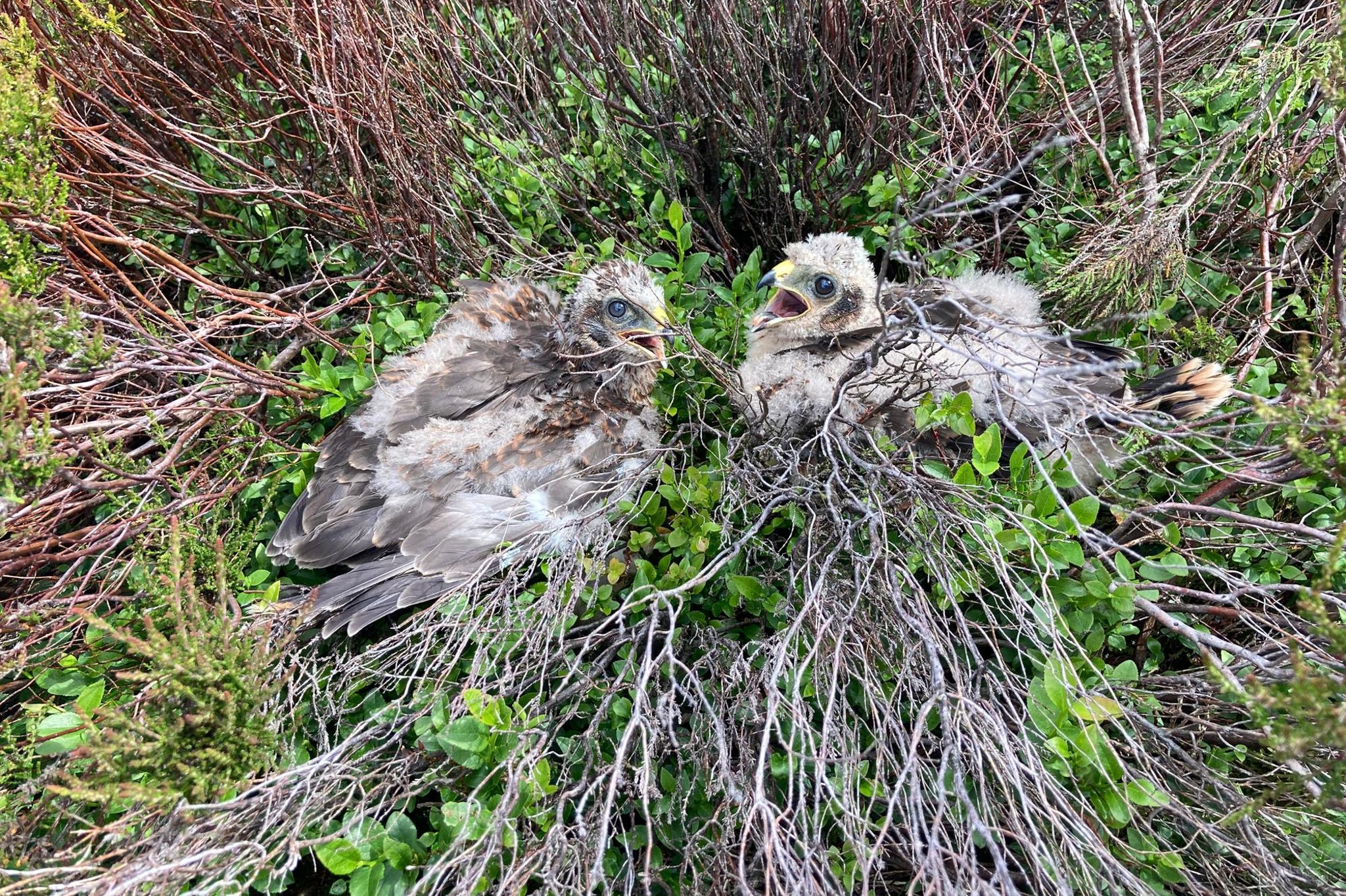 Northern harriers are one of Britain’s most endangered birds and a lot of work has been done to support their recovery in the Peak District, but this is only the fifth time that successful breeding has been recorded on National Trust lands.

Jon Stewart, the organization’s managing director for the Peak District, said: “We were delighted to learn of this nest. The Northern Harrier has been one of Britain’s most persecuted birds of prey for many years and it is our mission to work with others to create the conditions for the Harrier and other birds of prey. to thrive again in the highlands.

“Healthy populations of birds of prey are at the heart of our vision for our lands in High Peak and in recent years the results have been generally encouraging. We hope this will be a beacon to improve the plight of our birds of prey and provide the healthy natural environment that so many people care about and want to see. “

A rare nest of Northern Harrier chicks has been discovered in the High Peak Moors.

The National Trust has worked closely with the RSPB and the Peak District Raptor Monitoring Group to support satellite surveillance and tagging of young chicks.

Over the next few months, they plan to share the progress and journey of one of the birds that has been named Maia, named after the Greek goddess of spring.

Howard Jones, RSPB, said: “We are delighted to hear that Maia and her siblings have managed to leave the nest in the Peak District. It is always with a mixture of joy and apprehension that we watch young harriers like these venture out into the world, as the threat that they will be illegally killed once they leave the nest unfortunately remains.

“Satellite tagging continues to prove that persecution is the number one factor suppressing the St. Martin’s harrier population in England. “

Maia the Northern Harrier has been tagged and the RSPB and its partners hope to monitor its progress in the months and years to come.

Northern harriers are famous for the bewitching and dramatic adult ‘sky dance’, which the male performs as he seeks to attract a female, but their natural habitat of open areas with low vegetation has brought them in. to a historic conflict with the grouse shooting industry.

The species had been pushed to the point of extinction as a breeding bird on the British mainland in 1900, and today it is estimated that there are only 545 breeding pairs in the country.

But this week, the Moorland Association’s group of owners and managers reported a record-breaking year of 24 successful nests in the moorlands of Northumberland, North Yorkshire, County Durham, Cumbria and Lancashire, including at least 77 chicks. .

This was an increase from 19 successful nests in 2020, which was itself a banner year for breeding St. Martin on the grouse moorland.

The National Trust has supported the recovery of the Northern harrier as part of broader conservation efforts to restore and protect the biodiversity of the moors.

Amanda Anderson, Director of the Moorland Association, said: “This is another great year for breeding the Northern Harrier and the wonderful images and footage we are seeing of our members’ moorlands is really encouraging. Three good years in a row show that we have the right strategy to help the people recover to a sustainable level, occupying a much larger area of ​​England.

“The management carried out on the grouse moorland by game wardens provides an ideal habitat for birds of prey, with fewer predators to steal their eggs, and a good number of prey species such as small mammals and other birds. . We will continue to support initiatives that deliver results for the people of Saint Martin in the UK.

The National Trust published its High Peak Moors Vision in 2013, outlining its ambitions to restore, help birds of prey and other endangered populations of wildlife thrive and involve people in the care of the moors.

The conservation charity rents much of its High Peak moorland for grouse shooting and all shooting tenants have pledged to actively support the plan.

In recent years, along with the Northern Harrier, other species have successfully reproduced in and around National Trust moors, such as the Peregrine Falcon, Swivel, Hawk, Northern Goshawk and the short-eared owl.

Jon said: “A few years ago, success was like young harriers taking off on our land. Sadly, in 2019, two satellite tagged young harriers raised in the High Peak Moors, we named Arthur and Octavia, suddenly stopped transmitting shortly after leaving National Trust lands.

“This illustrates how fragile the recovery is of this precious bird of prey. We want to see highlands that are richer in wildlife and beauty, widely valued, and offering enormous public benefits. Considering the hardships they face now that they have left their nesting site, we must think of the ultimate success when these young and many like them return to the Peak District as adults to successfully raise them. even young people.

He added: “We have worked with our partners and tenants to give the birds the best chance for success. We also worked with the RSPB and specialists on satellite tagging of young chicks so that we could monitor movements and learn more to inform the conservation of this very special bird.

“I greatly appreciate the commitment and effort of everyone involved and the care taken to avoid unnecessary disruption. We have succeeded in enabling these birds to successfully rear young with minimal fuss. There is a great feeling that we all want this to work not only for these birds now, but as a symbol for all of the future direction of our highlands. “

“In these confusing and disturbing times, local journalism is more vital than ever. Thank you to everyone who helps us ask the questions that matter when subscribing or buying a newspaper. We are all fighting together.– Louise Cooper, editor.